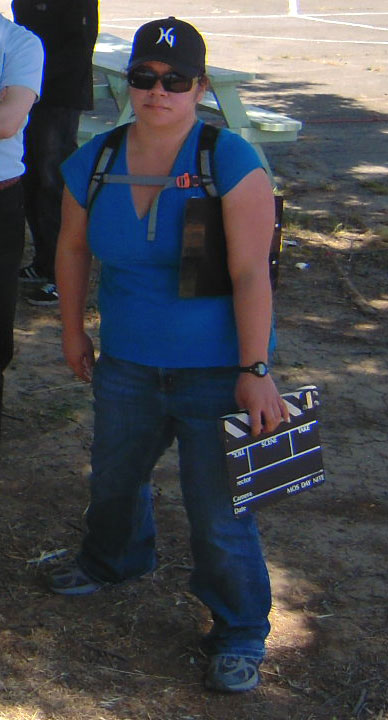 Anna first joined the players on set as Assistant Director for Breakdown, shot on the road as part of the 48 Hour Film Project (48HFP) competition in 2010.

Often seen with a slate in one hand, a clipboard in the other, Anna continued in this role for our next three 48HFP shoots, Cycling Hope, If the Shoe Fits and our latest road adventure, The Grab. She also braved the logistics of a longer shoot, joining the crew for the Barewitness production of Gone.

Having been coaxed from behind the camera, the stellar A.D. made her Barewitness Films acting debut in the comedy thriller If the Shoe Fits, and followed that with a sparkling cameo in Cycling Hope.

An invaluable member of a film crew, Anna has theater experience as well. She served as stage manager for the Third Rail Power Trip productions of Betrayal and Brilliant Traces.

Actor
If the Shoe Fits
Cycling Hope
The Big Kick