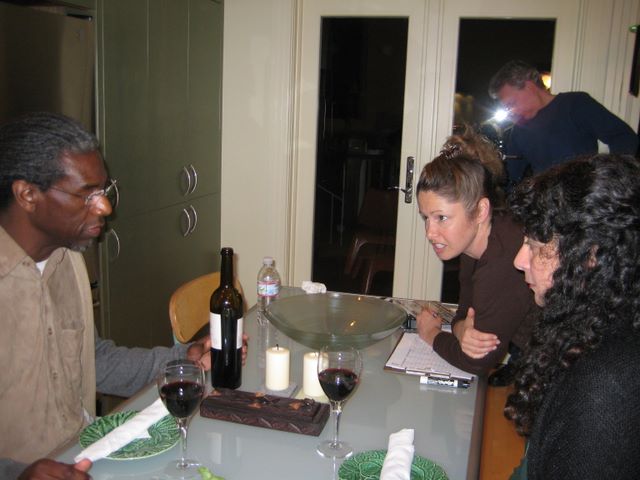 I had the great pleasure of sitting down with Barewitness pioneering member and first time director, Marie Bouquet to discuss her first film, “Diary”. During our chat, Marie explained her creative process, lessons learned, challenges confronted, wins (and near wins!), and gives us her firsthand insights into the nature of improvisational filmmaking.

Kerry Gudjohnsen: How would you describe the theme(s) you explore in “Diary”?
Marie Bouquet: I was immediately interested in the themes of public vs. private persona, fame and false self- presentation. The subject of the “diary” was interesting to me in terms of an evolving definition of the word itself; the diary, by definition, used to provoke images of a private introspective activity and today, with the “online” diary, it is morphing into a potentially, VERY public activity. Also, the subject of the evolution for characters’ growth inspired me. I was interested in how the lessons of the primary character are revealed, discovered and developed. Is there alchemy, between all the characters, necessary to promote her personal growth, and how do we find that; what were the ingredients for her personal evolution? Evolution itself, personal or otherwise, may be entirely out of our control? I didn’t know the answers, and that intrigued me a lot.

KG: Can you tell us about the creative evolution for “Diary”?
MB: Glenda (Beatrice) and I met to discuss themes and basic outline for about a year. For another year we met with Alex and Stan (Adrianne and Winston) discussing characters, developing background and rehearsing/improvising 2nd plans. Deciding the three characters core motivating elements helped to inform the story/outline. We started to discover that because of these three distinct elements’ interactions, Beatrice’s story and lesson could reveal itself. Also, as we discovered the core elements of each character, the primary questions we were exploring started to take more shape. Developing the story, for me, depended on knowing what we were asking: Why are we searching for a public persona and/or fame? Are we losing our ability to be private? In the face of evolving forms of expression or communication, is it our responsibility to hold onto what we are evolving away from, in this case, our privacy and our self-awareness? In other words, just because the phone was invented, we did not lose our ability to write letters-or did we?

KG: Now with more than half of your footage shot, what are your impressions of the end result?
MB: Ongoing raw footage, with the anticipation of editing, has been exactly what I envisioned. However, I did not realize how long the process of making a film would take! It takes a really long time, and I’m learning to trust that. The unbelievable amount of re-writes and planning that goes into this is way more than I expected. The “evolution” of a filmmaking endeavor is almost scary-in a good way- if you trust enough. 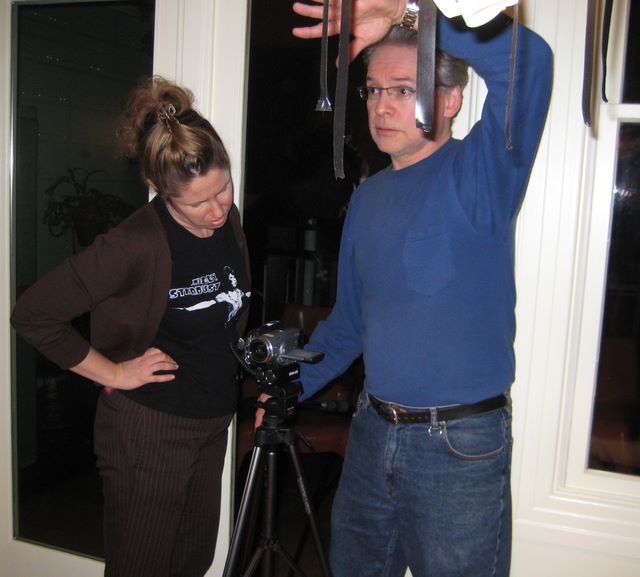 KG: If possible, how would you describe a “typical” day shooting Barewitness-style?
MB: Well, let me use the scene we shot of the fictional band as an example of how we shoot in Barewitness. At the beginning of the day, we rehearsed the band interactions, and as truly gifted improvisational actors do, they jumped right in and gave me everything my daydreams of these characters could be. At that moment I realized I needed to change the entire shot list and plan for the day. I hadn’t included shots of one of the characters and after the rehearsal; I realized how important this particular character was. I hadn’t scheduled time for this discovery. Though whatever time constraints there were, I needed to “get” this and “getting” what I needed trumped ANY time constraints. That is a stressful AND beautiful feeling! I had given the primary characters in this scene a rough outline of the events and circumstances that we were shooting in, as well as a subtext that they needed to keep a secret. I noticed how much more I wanted to discuss with them and how hard it was to keep the subtext brief and specific. However, it was really fun to watch how they incorporated and interpreted, ultimately capturing this scene beautifully. I learned that day how important it is to stay out of actors’ way and to say what you want and just enough to point them in the right direction. The trick is what exactly those intentional things to say are-then it really is magic. It is! To see exactly what you envisioned coming back at you, it’s like throwing paint at a canvas and seeing the landscape appear before your eyes. Crazy!

KG: Wow, sounds like you had a lot of great learning moments that day! Any lessons learned?
MB: From a logistical perspective, I realized that the extras could have come later, and I needed help keeping them informed and comfortable. It would have been helpful to have an assistant director or someone that could explain the process to them mainly because none of them had acted or worked with film before, and it would have been fun to use the opportunity to educate them more about what we are doing. I really like working with friends and family in this capacity and think it is not always necessary to use actors.

KG: It seems to me that your personal background as an actor lends itself nicely to communicating well with actors, however filmmaking involves so many other aspects. Can you tell us what you have learned about those other aspects of filmmaking?
MB: I recall having several learning breakthroughs on the shoot where Beatrice tells Winston about her idea to write the blog. This scene was largely a dialogue shot, not a lot of physical action. This day was mainly about set design and lighting design. It was very interesting to discover how important those two things are, creating an environment and shot that is pleasing to look at, but also the symbolism within the colors/set and how they can evoke and add to the character or story.

I learned a lot about organizing the close ups and reaction shots, how to shoot out of sequence, how you can pick what reaction shots and close ups you want from each character according to the events and subject points of a scene and then do them in that order. You don’t go back and forth between characters, which would just take to long setting up the camera that way. I know this happens this way as an actor, but as a director, I had to realize WHY that was done!

Something that also came up was about giving actors direction while the camera is rolling because you don’t have to worry about the audio. I didn’t know how I felt initially about that, especially when you are working with more than one actor in a scene. I think it is terribly disruptive, especially in a master shot, to the actor who you are not directing, and if the director can’t express to the actor what they want between takes, then too bad. I don’t like the idea of the director being some type of coach yelling directions from the sidelines. Working with one character, on reactions or close-ups, which might be different, I don’t know? Maybe I’ll warm up to that type of direction. 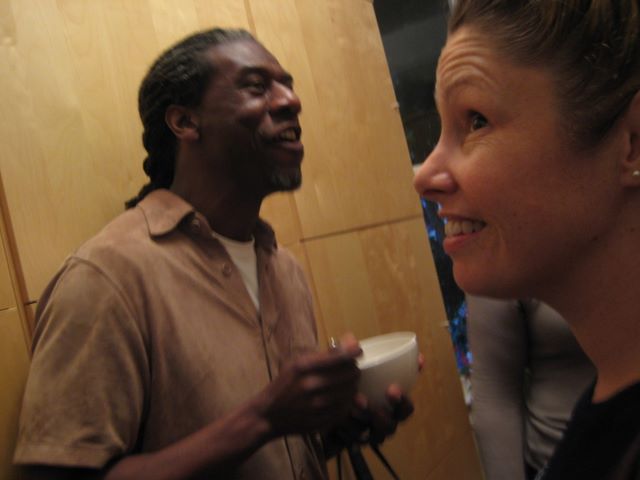